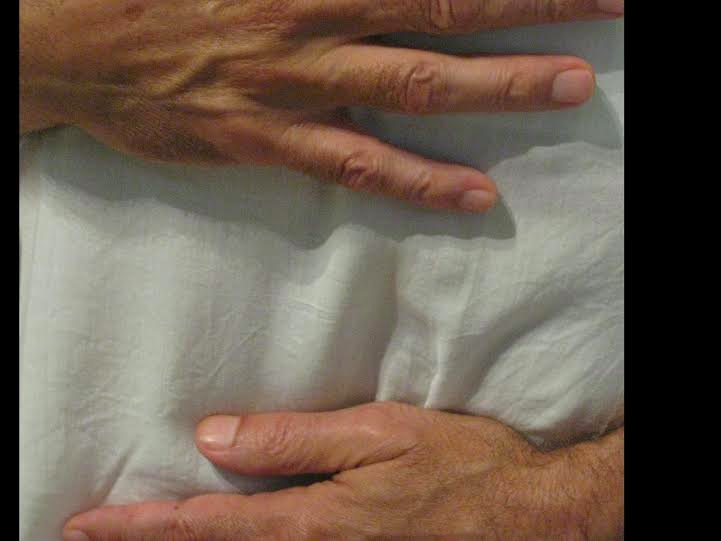 Granfondo at Zone3: “Obsession to the Third Power – Crush” – a suspended bicycle sculpture created by Rachel Baird with welding assistance at Nop Metalworks Seeing is believing!

HUGE ART SALE for the month of June – Everything in the Gallery discounted – Up to 50% off selected works.

Special Appearance by GorillaArts – You’ll know it when you meet up with one of these anonymous artists…they will be on bikes around town, and in the gallery as well, giving you a choice of real art or the real thing!

On Exhibit in the Main Gallery – M P Landis – a collection of Cape Cod monoprints. His subtle and imaginative work is always a favorite. Also featuring the abstract mixed media series M P Landis created while in Middlebury. 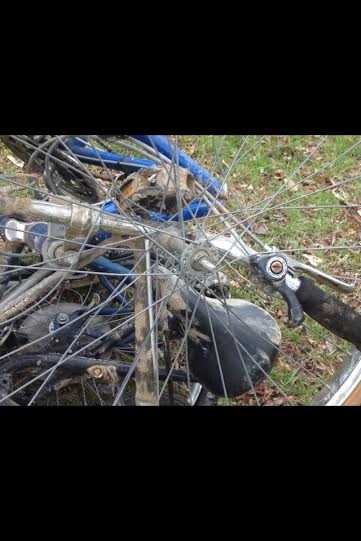 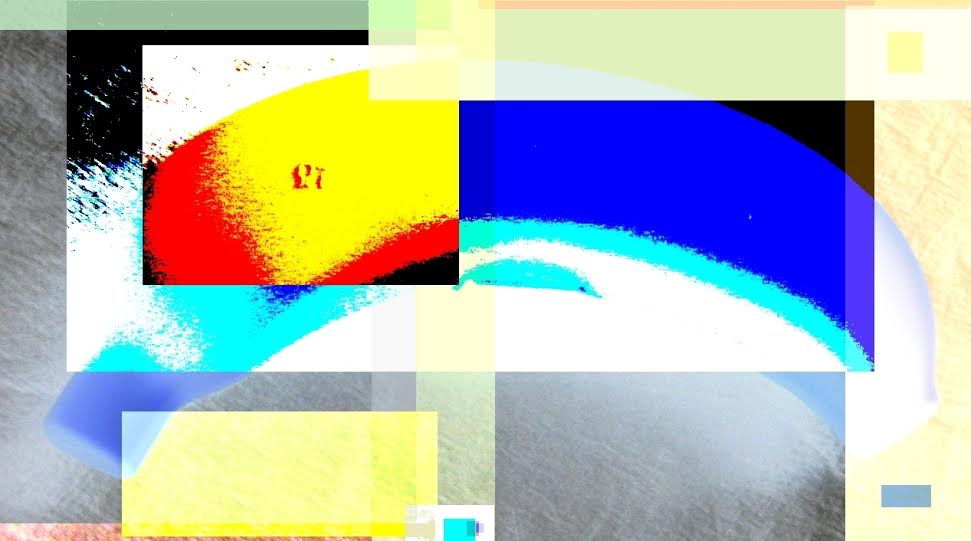 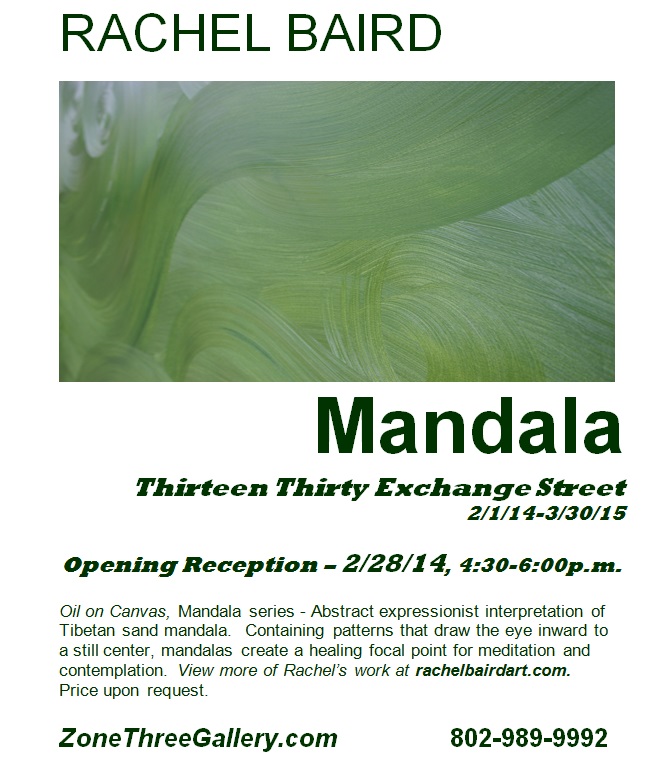 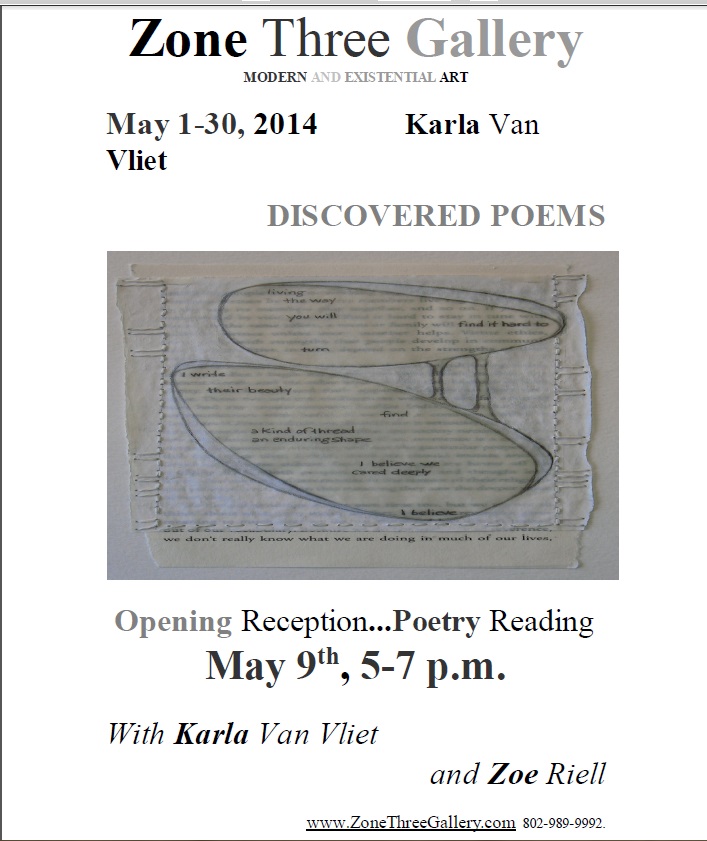 Karla Van Vliet is a painter, poet, and student of the dream. Van Vliet has long been fascinated with creating meaning and opening places of feeling by generating marks on the page, be it letter or character, dendritic form or simple line and shape.  Her work originates from the practice of listening inwardly for what wants to arise and be expressed. From this Gnostic perspective, creation and content rise from the feeling, knowing self.

The discovered poems arise from pages of text; words are spotlighted to create a new meaning out of a prior existence, the discovered poem. As well Van Vliet has incorporated layering techniques and mixed-media methods to further develop the poems into artistic statements.

Join us for an opening reception and poetry reading with Karla Van Vliet and Zoe Riell on Friday, May 9 from 5-7 PM.

Zoe Riell is a Poultney native who has been published over 15 times in newspapers across Vermont through the Young Writers Project.  Zoe also participated in the Brattleboro Literary Festival in 2012 and 2013 as the first prize winner of the Write Action Youth Poetry Contest. She was also awarded a regional silver medal in the Scholastic Art & Writing awards in the poetry category earlier this year. Zoe will be reading a selection from her award winning and new works. 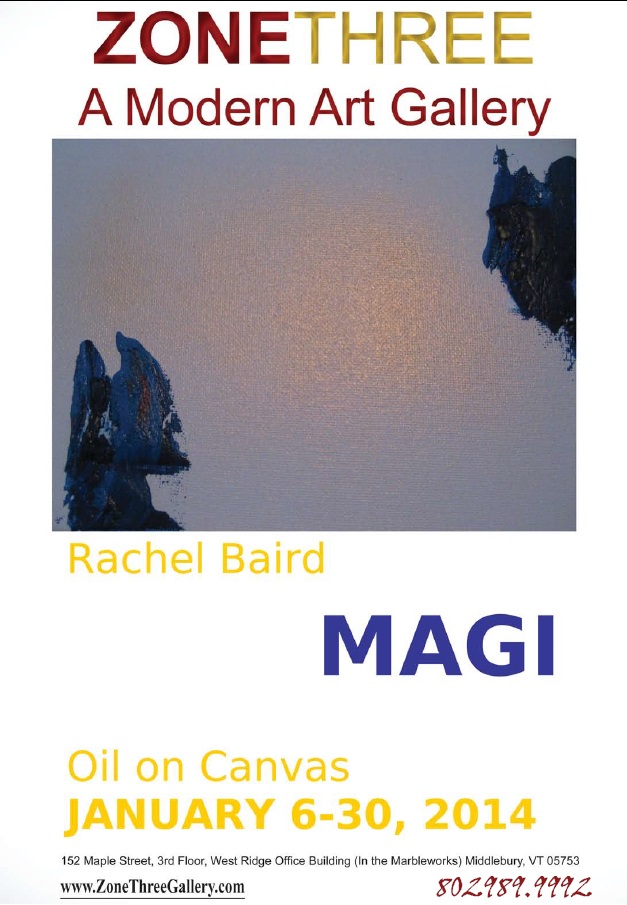 Mary, Mary!  A Modern Vision of the Queen of Heaven 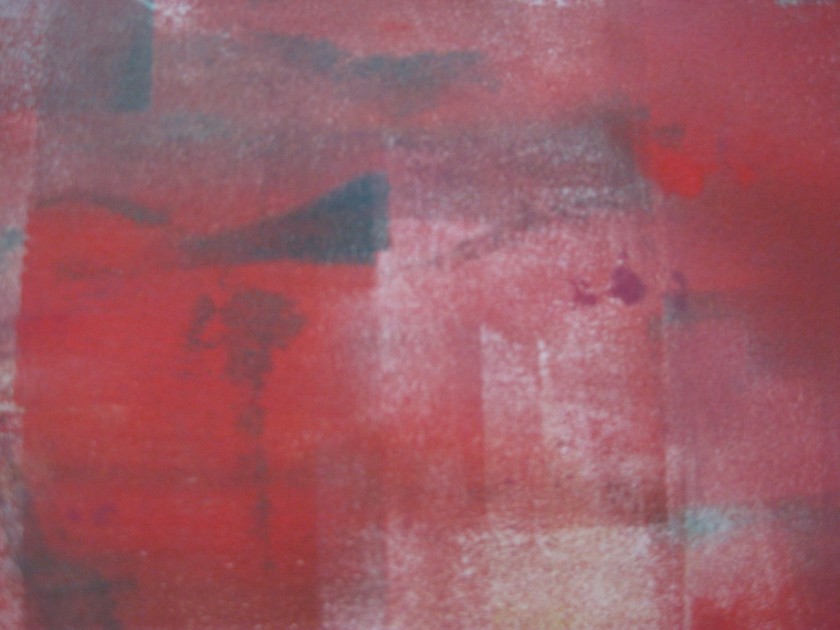 One year later…Zone Three Gallery throws its doors open wide to once again foray into Graziella Weber-Grassi’s unique world of retro-surrealism. With “Levitation,” her follow up series to “Lonely Interiors,” we are lead to witness furniture that takes on a life of its own.

With these new mixed media/acrylic, on vintage ads, Graziella once again demonstrates her means to powerful insight through the use of nostalgic vignette. By peering into the oddly private world of the familiar, we quite unexpectedly catch some of the furniture in the act of levitation.

Also on exhibit in the Great Room – Often considered to be stylistically on parallel to Rosenquist, Graziella Weber- Grassi’s large scale acrylic on panel works juxtapose flashes of childhood and fragmented iconic imagery, creating a recognizable storyboard to define our precarious confluence with the past. 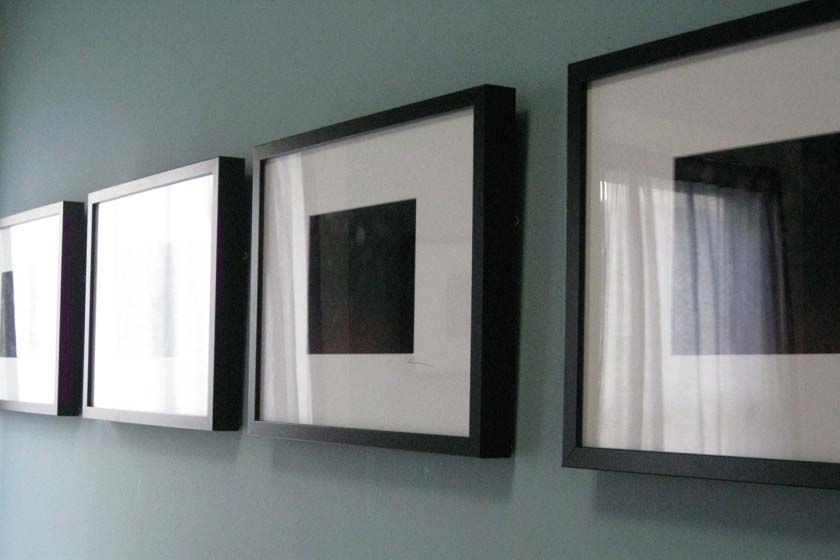